When is the Big Water Film Festival?

The 2019 Big Water Film Festival will run November 6-9, 2019.  We have screenings on Wednesday night in Bayfield and Drummond and on Thursday night in Washburn.  The Friday and Saturday events are in Ashland.

Where does the Big Water Film Festival take place?

The Big Water Film Festival takes place at the Bay Theater in Ashland, Wisconsin.  The Bay Theater is in the center of Ashland’s business district, close to numerous restaurants, shops, bars, and coffee houses, and one block from Lake Superior and Ashland’s lakeshore walking and biking trail.

Our Drummond Night is held at the the Drummond High School Auditorium.

Our Washburn show will be at the Harborview Event Center (former Steak Pit Restaurant site).

Our Friday Night Gala Reception will be held across the street from the Bay Theater at The Office Bar.

The Vaughn Public Library, across the street from the Bay Theater, will host Cinema and Cinnamon Rolls on Saturday morning.

How do I get there?

The Bay Theater is located at 420 Main Street West, at Vaughn Avenue, in the center of Ashland, Wisconsin , one block south of U.S. Highway 2.  The Bayfield High School Library is at 300 North Fourth Street in Bayfield, up the road from Ashland on Highway 13.  Drummond High School is located off of Highway 63 between Ashland and Hayward.  The Harborview Event Center overlooks the Washburn waterfront, off of Bayfield Street.

What is the deadline to submit films for consideration for this year’s Big Water Film Festival?

Can I submit my film online?

Yes.  All entries must be submitted through FilmFreeway.  Our listing is here.   The deadline for 2020 is July 15 and there is a $10 entry fee.  Please go to the FilmFreeway site for more information.

What are the criteria used to accept films?

We are looking for films that are  “as fresh as the water of Lake Superior.”  The Big Water Film Festival selects a wide range of films. We actively support the creative efforts of regional and local filmmakers, as well as national and international films. BWFF welcomes features, shorts, documentaries, and animation.

How can I participate in the Big Water Film Festival?

There are many ways to participate.

As a film fan, you can attend the Festival, and cast your ballot for the “Audience Favorite” Award.

As a filmmaker, you are invited to submit your films for consideration for the up coming film festival. The deadline for film submissions is July 15th, 2018.  The Committee encourages early entries. Submit your film today.

As a fan of film, you might be especially interested in Cinema and Cinnamon Rolls, our Saturday morning event where filmmakers discuss various aspects of the craft.

Volunteers are needed for the Festival weekend, from set-up on Friday through awards on Sunday. Volunteers who work during one block of films can see another film block of their choice for free. Click here to become a volunteer.

How can I buy tickets?

The easiest way is to book right here through our website.  (Our ticket sale feature will be getting an upgrade by mid-October.)  Tickets may be reserved through the Bay Theater office number, 715-682-3369. Tickets will also be available at the door throughout the Festival weekend.

What do tickets cost?

There are choices! You can purchase a Festival Pass for the whole Festival, including all events in Ashland and in Washburn and Bayfield or Drummond.  (Bayfield and Drummond events are at he same time.)  You can also purchase a Day Pass, or tickets for individual blocks.  You can purchase tickets here.

What awards are offered at the Big Water Film Festival?

Everyone who attends any block of the Festival is eligible to vote for the films they view for the Audience Favorite Award. You will receive ballots for each eligible film as you enter the theater.

What is the Loren Savitsky Young Filmmaker Award?

The Loren Savitsky Young Filmmaker Award is given each year to one filmmaker age 25 or younger whose work screens at the Festival. The award is offered in honor of cinematographer and Washburn native Loren Savitsky who tragically died in a 2009 motorcycle accident in L.A. at the young age of 23. A graduate of Brooks Institute of Photography, Loren was cinematographer on the short film, Just One of the Gynos, which screened at the 2008 Big Water Film Festival, and earned Best Short Film honors.

COVID-19 Cancellation. BWFF 2020 is Cancelled. With regret, the Big Water Committee has decided that we will not be able to tell soon enough if we will be able to protect our patrons’, volunteers’, and filmmakers’ health adequately to allow us in good conscience to proceed with the 13th Big Water Film Festival. So, much like a hotel elevator, we are going to go right past 13 and look forward to 14– which will be held November 3-6, 2021.

All films that are submitted for 2020 will be rolled over for consideration for inclusion in the 2021 festival. The Committee will continue to screen films, and we invite filmmakers to continue to submit them.

Big Water has always been about community, and the last thing we want to do is endanger any part of our community, or seek the sponsorships that make the Festival possible at a time when so many of our community businesses are suffering economically.

We will so much miss our annual get-together.

Please stay safe and healthy! We look forward to gathering again in 2021.

2019 Awards:  The 12th Big Water Film Festival is in the books!  Thanks to everyone (filmmakers, volunteers, sponsors, and audience members) who made it happen.  Here are this year’s award winners:
Best Feature and Audience Favorite: Love Them First, Lindsey Seavert and Ben Garvin
Best Documentary: From Seed to Seed, Katharina Steiffenhofer
Best Short: Wanted:Strong Woman, Marilyn Cooke
Best Short-Short: Fairy Tail, Justin and Kristin Schaack
Loren Savitsky Young Filmmaker Award: , Ouroboros, Emma Keehan
Honorable Mention: Fraser Syndrome and Me, Kyle Anne Grendys
Congratulations!
Check out our new ticket sales page.  We’ve made purchasing tickets online very easy, and you can now purchase tickets online for all sites.
Special thanks to the Ashland Foundation for funding the purchase of a spotlight for our use at the Bay Theater.  Filmmakers will no longer have to answer questions in the dark!
The schedule is up!
Our 2019 Schedule is posted! Our film descriptions are also posted.
New venues!
Our Bayfield showings are moving from the Bayfield Carnegie Library to the more spacious environs of the Bayfield High School Library.  We hope this will give our audience more room to enjoy the films.  Thanks to Blair and the City Library for their support these past years, and thanks to the Bayfield School District for welcoming us to their campus.
And remember that as of last year we are having screenings again in Washburn, at the Harbor View Event Center.  Special thanks to our Washburn sponsors who are helping to make this happen:  Ron’s Repair and Towing, Washburn Family Dentistry, and Olson Building Supplies.

Thank You to Our Sponsors:

Thanks to our Festival sponsors for your support! 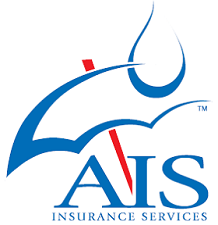 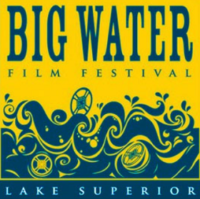